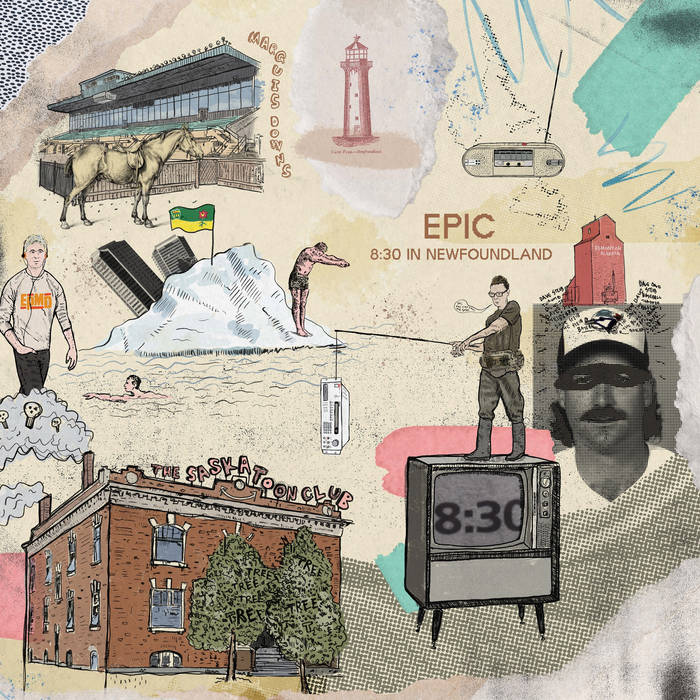 Golden Ear Strikes Again Dude, I got one of the last TWO out of 100 presses for my brother for xmas! He's gonna shit his pants! Favorite track: Fast Words Slow (feat Yy).

8:30 in Newfoundland is a peculiar title for an album from a prairie town in Saskatchewan. Epic is from Saskatoon and the album is a reflection of that. The Canadian Broadcast Corporation would have commercials for televising shows airing in prime time which was 8:00pm in each time zone across Canada, except in Newfoundland where prime time was 8:30pm. It was a fitting title that played on this unique fact as Epic’s style was anything but conventional.

8:30 In Newfoundland gained a lot of traction in the early days of hip hop message boards and there was a instant love or hate for Epic’s style that helped the album stand out in a burgeoning underground rap scene.

One of Epic’s best traits is bringing people together and 8:30 in Newfoundland was another example of this as it unified the the Winnipeg and Saskatoon scenes cementing a connection that still runs deep.

I was around for the creation and recording of this album. It was a magical time as we were honing our skills, building a scene, a label, and creating our crews first professionally manufactured cd. 2021 will mark 20 years since its release and I couldn’t be prouder to re-release it on our newly minted Saskatoon Folk Rap Records.

The lasting impact of 8:30 in Newfoundland is it it helped a few kids from the sticks tour the world and make lifelong friendships.

Please see liner notes of the vinyl for my shoutouts and thanks. I want to acknowledge soso and Isosceles for seeing the possibility of our Saskatoon rap scene to be taken further in the years proceeding this album.

Produced by soso at his studio in Saskatoon, SK with the exception
of "My friends like my songs" which was recorded in Winnipeg, MB (Canada) at The Gumshoe Strut's studio.
Pip Skid's vocals on "Epic and Pat making dollars" was recorded by Gorski in Halifax, NS (Canada)