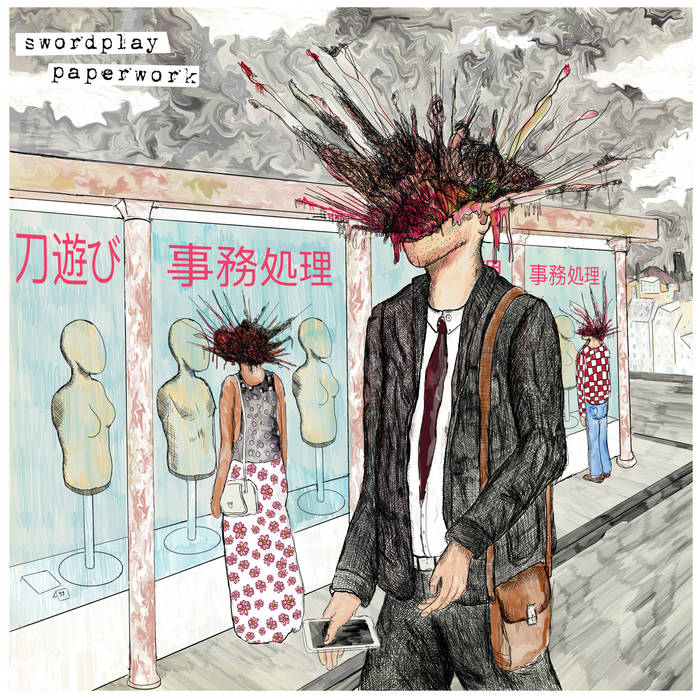 Paperwork is Swordplay’s first album since relocating from Richmond, VA to Berkeley, CA to study law. Over the past four years, he has gone from filling out law school applications to becoming one of the few emcees to graduate with a juris doctor. Written entirely during the same time period, Paperwork is an album documenting that journey. Lyrically, it could read like a personal statement far exceeding the word limits imposed by college admissions offices. Or perhaps a eulogy for America. Over hard-hitting anthems like “Time for Law” and softer guitar ballads like “Oh, Sila”, Swordplay weaves the political and the personal together, commenting on the power of law while navigating his own role within it.

Austrian artist Squalloscope appears on “Ambulance” to offer her thoughts on the always-frightening US healthcare system, while Brzowski—who has previously appeared on Swordplay’s albums—returns with a heartfelt interlude that he has called the “Killah Priest moment” of his own career. Production from Fat Milk (Erik Akers of Double Rainbow and Drones), as well as a posthumous contribution from departed friend Nathan Joyce, give the album a distinct early-2000’s feel that is reminiscent of Anticon artists like Alias. And although not dissimilar in taste, the album begins first with heavier pieces from PT Burnem and OneWerd that are likely to invoke the head-exploding cover art provided by French artist Bill van Cutten.

All songs produced by Fat Milk / Erik Akers (ASCAP), except for track 01 by PT Burnem; tracks 02 and 06 by OneWerd / Tyler Webb (BMI); and track 07 by Swordplay with Fat Milk.

Mixed and mastered by OneWerd, except for track 04 mixed by Swordplay.