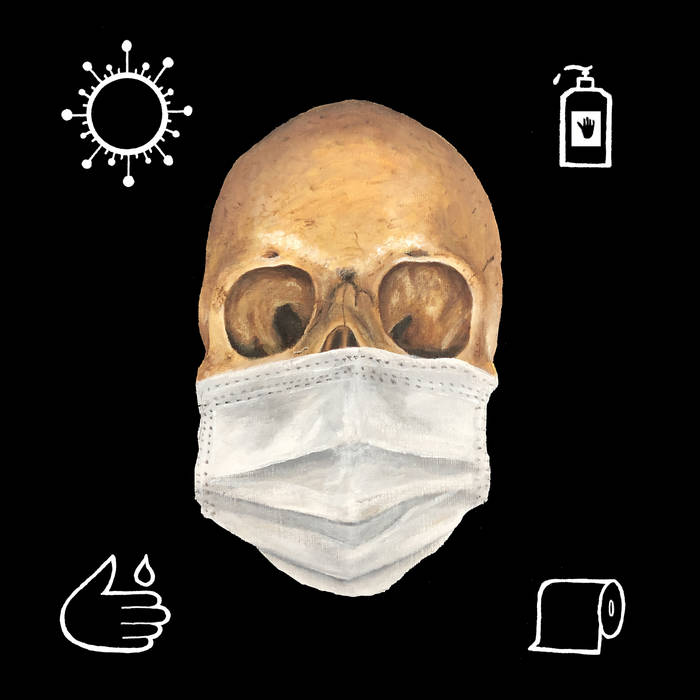 The Covid-19 global pandemic of 2020 shut down the long running Third Verse radio program from broadcasting live each and every Wednesday 9-10:30pm CST CFCR 90.5 FM. Epic had the idea of taking the show to Instagram live with performances, interviews and rap talks. We initially started with performances from The Saskatoon Folk Rap Records roster and soon ventured out to our vast network of artist homies. It was during these performances that Chaps had the idea to do a posse cut and to release it as a maxi cassette single. We soon enlisted the talents of Dren to produce the posse cut, inspired by Tia C’s performance on the live stream. Legendary freight writer and painter Rove supplied an incredible original painting and we were set for a pandemic themed super crew track. Well sort of. There were some challenges with the recordings as the pandemic limited access to studios, Epic was forced to record his verse over the phone jail house style. We reached out further to some incredible producers Defame and the Deadly Stare for some help on the remixes. Enjoy!

Produced by Dren. Cuts by Chaps. Samples from Tia C.