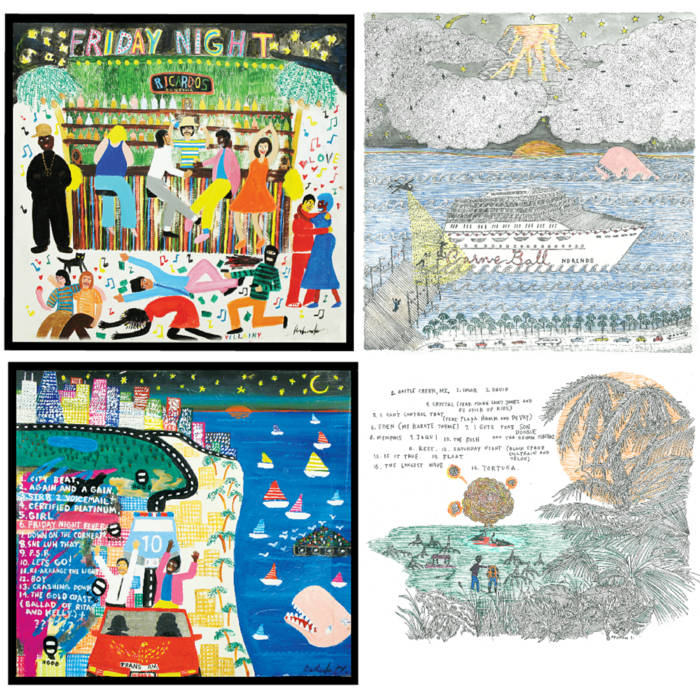 Limited edition lathe of Friday Night (side A) & Saturday night (side B) summed up in 11 minutes per side. Comes with digital download of both original full length albums.

Friday Night (originally released in 2008) is the saga of Dave (Serengeti) and Umar (Hi-Fidel), two working stiffs who’ve seen each other around the office from time to time. One Friday night they wind up in the same club, stood up by the same girl. With paychecks in their pockets and the weekend stretching ahead, they decide to make the most of it.

A simple drive down the coast kicks off an evening of drugs, sex, music, and murder, a tidal wave of hedonism Dave and Umar will not escape intact.

Saturday Night (originally released in 2010) picks up the story of tragic figures Dave and Umar several years after the violent wreck that would change the course of their lives and ultimately make them marked men.

With each other as their only allies, Dave & Umar embark on a strange journey to clear their names. Through alligator-infested swamps, and lonely country roads, to the mean streets of Memphis - they race to stay one step ahead of the vengeful forces and jilted wives hot on their trail.