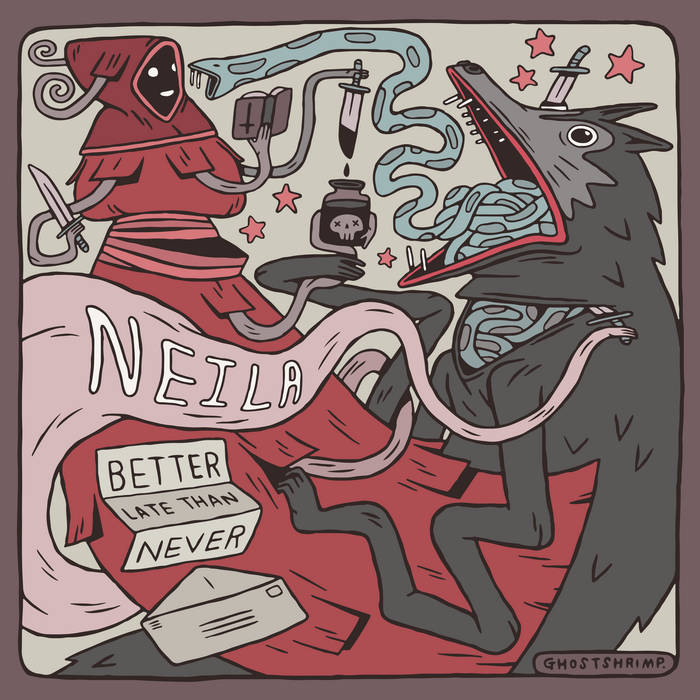 At the heart of hip hop is poetry. From the old school boom-bap to rap music at its most alternative, an emcee's allure relies heavily on how they construct a verse, ride a rhythm and blend words to convey a sense of individuality that reverberates with the identity of listeners. This fine line is what makes performers like Neila such poignant protagonists in the struggle for your consciousness, providing the necessary ballast to keep us hip hop hopefuls afloat in times of duress.

This sensibility is strongly evidenced by the lyrical content of "Better Late Than Never", an album where the angst comes slow and gripping and the pain feels sweet and familiar and the joy is tinged with the malaise of sudden heartbreak. Neila is no stranger to these waters, wading them before with the albums like "Vertical Trees with Eternal Leaves" and "For Whom The Bells Crow", but this time around there's a certain resignation that all we have will soon be lost, paired with an optimism that belies pragmatists while searching for common ground to reconcile the two

On "Better Late Than Never" Neila joins forces with Avatar - a venerable beat maker and defiant underground force - to merge her vision and creativity with soundscapes that run the gamut. Neila confronts every song with the same heartfelt poetic passion. She has truly come into her own, creating a densely beautiful album that maintains an edge while hurtling through time and space to remind us all that the core is very human.

Originally self released in 2009, remastered and condensed for limited edition vinyl reissue. The original full 15 track version is available on all streaming platforms.